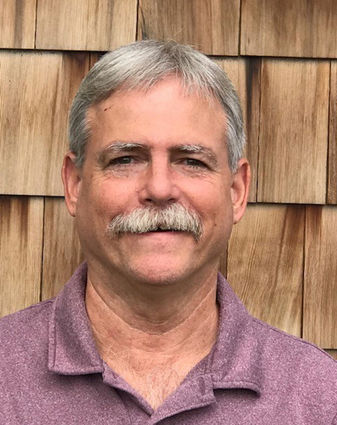 I'm Wynne McCabe and, in fact, seeking another term as District 2 County Commissioner, which appears to be contrary to what several people have told me. They've heard I wasn't running. Inadvertently, I may have added to the confusion by not having any signs out, but personally, I've grown weary of looking at campaign signs for five months. Both of us will be on the ballot in November so, as I did in the last two elections, I chose to wait until after the Primary to make you look at them.

The EW has requested a biography so, read on:

Born in GCMH in 1951, elementarily educated at Holy Rosary Catholic School, graduated from PHS in 1969, then spent three years at WSU where I believe I helped establish its reputation as a "party school."

While working in the Everett area for about two years, I met a girl named Kim from Snohomish, convinced her that Pomeroy was the place to make our home and we married in 1974. Accepted a position in the title insurance business with my Dad but, since he didn't pay very well, was also a school bus driver, substitute rural mail carrier, bucked bales and drove combine for a couple of months each summer. Now I just operate the title insurance office, along with Commissioner duties.

Entered "politics" in 1976 as a City Councilor (they couldn't find anyone to fill a vacancy) then Mayor, then Public Works Director until 1986.

Became a volunteer firefighter in 1967, an EMT in 1976, later became an Asst. Chief and coordinated the ambulance service for the Fire District until my body started to break down around 2002 and eventually had to step aside, very reluctantly, in 2006. I did continue administratively as Fire District Secretary until retiring in 2017.

We've raised three boys, Adam, Erin and Collin, in our Home which we purchased from my Granddad in 1978. He had moved his family into it in April of 1920 but, thanks to COVID, we haven't yet been able to celebrate our centennial. When you live in a small town like Pomeroy, and you're the Dad of three fairly athletic kids, you become a "volunteered" coach. For me it was for Swim Team, Little League, AAU basketball, Jr. High and High School football.

I've held public offices but, I'm not a politician. You will note on the ballot that I state "no party preference" and, with the current state of the Nation, if I did have one, I wouldn't any longer. I view myself as a compassionate conservative with no agenda, other than to help Garfield County and Pomeroy grow and prosper. There was a 30-year period between City Council and County Commission positions, that I served the people by fighting their fires, responding to their medical emergencies and coaching their kids. When it was no longer possible to do that, I found a challenging alternative way to serve them and would like to continue doing so.