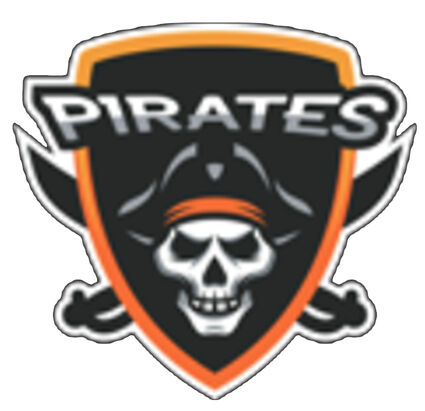 SUNNYSIDE–The Pirates got the baseball season off to a rousing start, winning both games of a doubleheader here Saturday, March 27, prolific Pirate hitting looking to be the difference.

The Bucs hosted Colton Tuesday and travel to Liberty Christian for an April 2 doubleheader before pausing for Spring Break.

In the opener, the Crusaders jumped to a seven-run lead, but Pomeroy tied it with a seven-run third inning. Sunnyside made it 10-7 in the bottom frame but the Pirates got six across home plate in the top of the fourth, then held the Crusaders to only two more runs for a 16-12 win, the first game since 2019-2020's entire season nixed by the virus.

On the mound were Trace Roberts, Ollie Severs, Brodie Magill and Braden Mings, who closed out the seventh inning, allowing only one run.

Trevin Kimble slapped a triple in the game, and Trace Roberts, Carson Zimmerman and Richie Vecchio all counted two-baggers.

In the nightcap, the Bucs jumped to a 7-1 lead by the top of three, and the Crusaders counted six across the plate in the bottom of the third for a tight 7-6 score. Pomeroy added a run in the fourth, seven more in the fifth and four in the sixth while holding the Sunnyside offense to just five runs in the last three innings, and a 19-11 win.

Kimble nailed another triple with the whole Pirate crew getting hits, with Kimble, Magill, Roberts and Vecchio counting multiple hits.