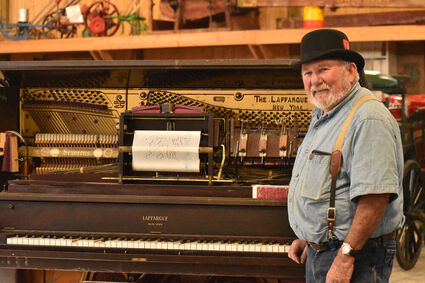 Rod Sangster of Anatone exhibited his 1919 Laffargue player piano in one of the EWAM buildings. It is shown playing the soundtrack from Fiddler on the Roof.

POMEROY–The Pomeroy City Council held a continued meeting on March 29 to approve paying two invoices accrued for the "Complete Streets project; one from Flynn's Electric and the other to Knox Concrete.