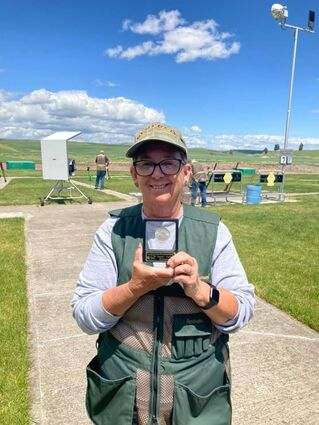 Impressive scores were shot by Holly Ledgerwood, pictured, who won the Lady II Trophies, and became runner up in the Lady II division in the entire 14 Club Zone. "Her singles score was outstanding," says Larry Bunch.

The Western Zone shoot is conducted at 14 different Clubs in the Western United States and Canada and scores are shared over the in...