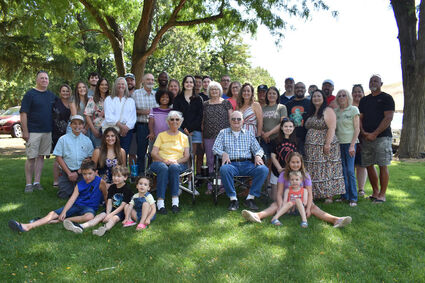 POMEROY–The Fanning family came together at the City Park to celebrate the 70th wedding anniversary of Richard and Lou Fanning, last Saturday, on August 13. They held a picnic and dessert of a beautiful two-tiered wedding anniversary cake with two sides.

The Richard and Lou Fanning story began in 1951. Both were attending Pomeroy High School. Rich and a friend were standing outside the schoo...