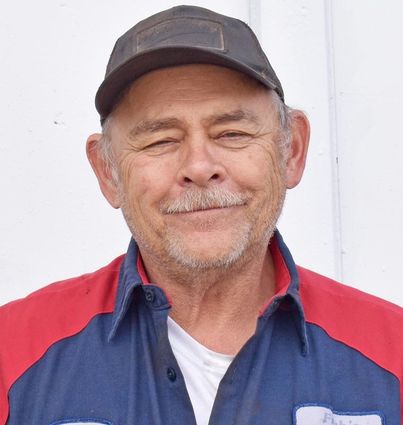 POMEROY-Ed Fruh, a 30-year veteran of the Garfield County Fire District (GCFD) as a member of the Emergency Medical Services (EMS) team and firefighter, wants to be a part of the governing body for the Fire District. Having missed the filing date for the November election, Fruh is asking for votes as a write-in candidate for Garfield County Fire District Commissioner. He will be running against Don McGreevy, the incumbent, as well as Aaron Stallcop, who has also filed to run.

Fruh retired from service with the Fire District in December, 2018, but was then reinstated to active service in March, 2019. He said he realized within that short time that he missed being part of the Fire District team, and that it was a big part of his life. He remains active with EMS as a certified Emergency Medical Responder and Firefighter. He feels that it is important for the Fire District Commissioners to be in active service with the district, and he is the only candidate out of the three running for the open seat who is currently active.

An almost native of Pomeroy, having moved here as a small child, and graduate of Pomeroy High School, Fruh has raised his family here after 47 years of marriage to Dwyla, his wife. Together they have two sons, Bill and David, who have families of their own here in Pomeroy, including their wives, Alaina and Laura (respectively) and six grandchildren. David Fruh is also an active volunteer with the Fire District, and grandson, Kyson, currently attending Walla Walla Community College for his second year, and already certified as an EMT and Firefighter, wants to return to Pomeroy to be a part of the GCFD.

Fruh established, and has owned and operated Fruh's Repair, an auto repair shop just across the street from the firehouse, for about 40 years. Until a recent move this past summer, the Fruhs made their home in the living quarters of the firehouse for the past 18 years.

As a member of the committee that began the plans for the new fire station, Fruh wants to be a part of the new construction project by providing ideas and guidance. He wants to have a voice in the district, and feels he would have some valuable insight because of his long-term involvement. He believes he would be an asset to the fire district as a leader and a commissioner. Clearly Fruh has been a dedicated volunteer for the Fire District for many years.