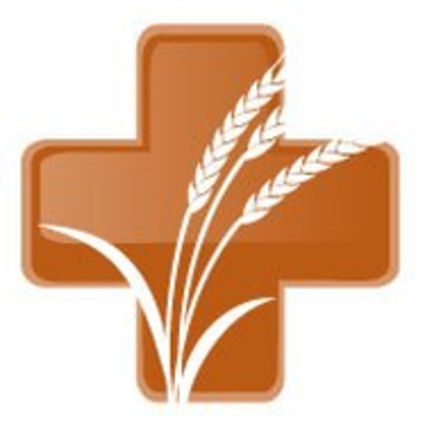 POMEROY-The budget for 2020 was the focus of most of the discussion at the Garfield County Hospital District (GCHD) Board meeting Monday night, November 4, 2019. With the outcome of the special levy approval or disapproval by voters yet to be determined, the co-CEO, Mat Slaybaugh reported the budget amounts set by the finance committee; however, only balance sheet totals were presented and discussed, prompting questions from board members public attendees.

Slaybaugh stated that the budget for 2020 is largely like the 2019 budget, with revenues about the same, but expenses will be reduced. Salaries and wages will be a little less than 2019, even though a 3% cost of living increase was included for all employees, and an additional $200,000 was added to the budget to provide for anticipated new hires of two providers. The benefits for employees will be about the same as well, or may be decreased during the year. The Chief Financial Officer, Jim Heilsburg, estimated the budget amounts assuming the special levy will be approved by voters, but also created a budget without the levy funds.

Slaybaugh explained that the budget was conservatively planned. He stated that from 2018 to 2019, about $400,000 was saved due to expense cuts, and the 2020 budget includes another reduction of $90,000. Slaybaugh did admit that the expenses were probably over-budgeted for 2020 "to be safe", and that Heilsburg had set wages and salaries with a significant decrease, but the finance committee decided to add $200,000, also "to be safe."

Commissioner Gary Houser asked if they had budgeted for the same number of employees, and Slaybaugh confirmed that they had, but also stated that if two new providers were hired, it would in turn reduce the costs of staffing nurses in the Emergency Department, especially those contracted through a staffing agency.

Houser commented that it is important to control costs to convince the public that they are running "as tight of a ship as possible." He also added that they can't continue to run levies as large as the current one in the future, stating that the public will not support it.

Louise Munday, Pomeroy resident in attendance, asked for copies of the budget amounts broken down by departments for the public to see. All of the budget amounts discussed were given verbally to the public at the meeting, and Munday complained that it was very hard to hear and follow along. She added that the public has a need to know more detailed information and to know where the money is going.

Board Chairman, Cindy Wolf, suggested to the co-CEOs that copies of the requested information be made available at the next meeting, December 2, 2019, along with a comparison with the budget for 2019. She added that due to the fact that two commissioners were absent that the board would wait until then to approve the budget. Once the budget is finalized and approved, it will be posted on the district's website, Pomeroymd.com.

Wolf gave an update on the progress of establishing a strategic plan for the hospital district, stating that a new director of the Association of Washington Public Health Districts, Matthew Ellsworth, will be visiting Pomeroy on November 13, 2019, and will tour the hospital and discuss some options for the district.

State Representative Joe Schmick, who is on two health care committees in Washington D.C., has been talking with some other facilities in the area in an effort to find potential partners for the hospital district. He has a meeting set for November 25, 2019, with the Accountable Communities of Health organization, and has asked for two of the GCHD commissioners, as well as the two co-CEOs to also attend. There was no new progress made through the strategic planner, Jody Corona, who has been consulting with the GCHD for several months. Wolf also discussed a grant opportunity with the Empire Health Foundation who is partnering with Premera Blue Cross to offer a new grant that could be used for capital improvements and does not require matching funds. In the first grant cycle, beginning December 2, 2019, they will accept requests for $25,000 to $100,000.

Several administrative changes were discussed and approved at the meeting. The employee retirement plan had to be restructured because the GCHD is not a non-profit entity. Resolution 19-08 was approved by the board to bring the GCHD into compliance with the State of Washington's Local Government Travel and Expense Control Act and the Internal Revenue Service, committing the district to be fiscally responsible with taxpayer dollars and follow the mandates of state lawmakers.

The GCHD bylaws were also updated to include new wording under "Meeting Attendance" which states that if a board commissioner is absent for two consecutive meetings, or two meetings in one year, the board can remove that member. The additional wording states that if a board member is unable to attend in person, they may request to attend the meeting by phone when previously arranged with the board chairman.

Wolf also urged board members to get well versed in public meeting rules and regulations by going to the Washington State Hospital Association (WSHA) website to get training.

Some current capital improvement projects were discussed, including the concrete sidewalk at the Pomeroy Medical Clinic that has been in the planning stage for several months, and the much needed electrical work at the hospital. Two bids were received for the clinic sidewalk which will make access for wheelchairs much easier. Knox Concrete bid $13,000 for the sidewalk only. Chris Professional Electric and Construction (CPEC) bid $9,918, which also includes work on the rain gutters. The contract with CPEC was approved. MW Consulting Engineers have drawn up an estimate and a design for the electrical work needed at the hospital to submit to the Washington State Commerce Department for approval of work under a grant which requires a design submitted before allowing the funds to be paid. The design work was charged at $25,000, for which the GCHD board approved payment, stipulating that the Commerce Department does approve the plan and provides the grant funds.

Slaybaugh reported that they are still searching for two new providers to staff the Emergency Department at the hospital, as well as provide more coverage at the clinic. Recently, they have received six applications, from which three were interviewed, all nurse practitioners. One of the providers interviewed has since accepted a position elsewhere, and one will be travelling to Pomeroy the week of November 11, 2019, for a visit. She has a Doctorate of Nursing Practice (DNP) and specializes in women's health and pediatrics. She currently lives in Kansas, but has stated that she and her husband really like the Pacific Northwest, and she prefers rural medicine. The third applicant lives in Lewiston and no further information was provided for this person.

The next regular Garfield County Hospital District Board of Commissioners meeting will be December 2, 2019, at 6 p.m., to be held at the Pomeroy Senior Center.