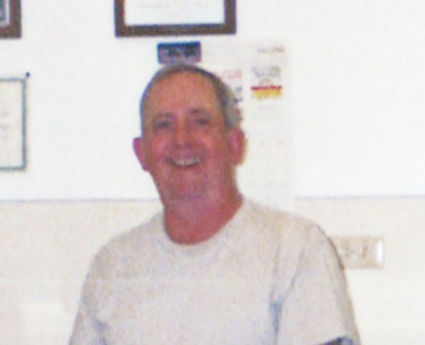 It is with great sadness to announce the passing of James Riley Crawford, Husband, Father, Grandfather, Brother and a loyal and enduring friend to so many. He passed from us while vacationing at their residence in the Philippines on March 8, 2020.

Jim and Rosemary Crawford were the proud parents of one son Brian Crawford. Brian and his wife Katie, blessed Jim, with three amazing and active Grandchildren: Joleen 15, Tyson 14 and Samantha (Sammy) 12 years of age. Jim loved to hear of Brian's family travels, snow skiing, baseball games and all of their super busy family adventures.

Jim grew up in the home his father had built on Linville Gulch Road eight miles west of Pomeroy, on the family farm with his younger brother Ed. His brothers: Phillip, Lloyd and John and sisters Evelyn and Eleanor had moved on to begin their own families by the time Jim was in his sixth young year.

Due to the generational gap between Jim and his older brothers and sisters, he graduated with his niece Phyllis Crawford. His senior year he attended school being addressed as Uncle Jim by numerous nieces and nephews.

After graduating from Pomeroy High School in 1969, he was a WSU Cougar for just one year. James Riley served in the Idaho, Alaska and Washington Army National Guard. He retired from the Guard after his service of 20 years.

Jim was a hard-working mechanic and not intimidated by his boss when he complained that Jim was not working fast enough assembling a set of drills. Jim pointedly suggested that his boss put on his coveralls and help. Of which, he did. Who knew, Jim could boss around, his boss.

Jim was a valuable member of the Ray McKeirnan racing pit crew traveling all around the Pacific Northwest and raced Ray's car in one of the Pit Crew Races.

This was left out of his resume when he applied to be a driver for the US Postal Service. Jim excelled most of his adult life as a truck driver and was awarded employee of the year while working for GE Trucking company.

Jim drove a mail route between Seattle and Spokane and often called his brothers and sisters on the long commute, to catch up on family, friends, Pomeroy news and events.

Last summer Jim proudly introduced his bride Heide to his classmates at their fiftieth-class reunion. He became the happiest man on earth when he married Heide Arellaga Calip August 7, 2011. They purchased a home in Tacoma and also purchased a home in the Philippines where Jim and Heide had planned to retire.

James Riley Crawford will be laid to rest in the Philippines along with Heide's family. He will be memorialized in a service in Tacoma when Heide returns home.