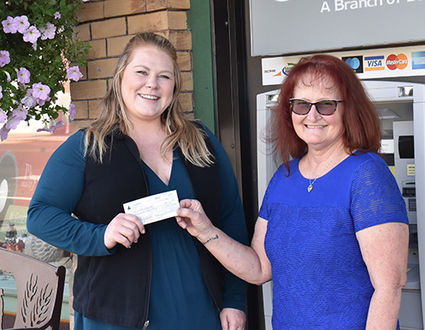 Ashlyn Deatherage, Customer Representative with the Bank of Eastern Washington, left, received a $5,000 donation from Susie Bowles, right, and daughters Heather and Erika Bowles (not pictured), for the renovation of the City Park Gazebo. The donation was made in the memory of husband, father and former Garfield County Sheriff, the late Larry Bowles.

Bowles and daughters, Heather and Erika Bowles, decided together to make the donation in honor of Larry Bowles, because the gazebo holds such fond memories of their late husband and father. T...