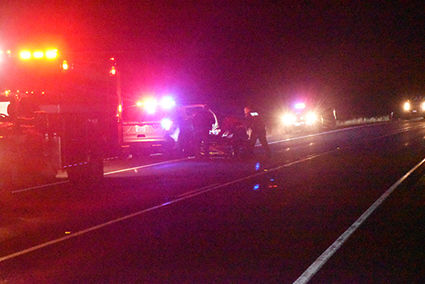 Ambulance personnel attend to a West Richland, Wash., man who was injured when the motorcycle on which he was allegedly attempting to elude police left the roadway 17 miles east of Dayton, causing injuries to Paul E. Hines, 51. A Garfield County Sheriff's deputy initiated a traffic stop which led to a high-speed pursuit into Columbia County. Hines was charged with Driving Under the Influence and Eluding.

Undersheriff Dansereau pursued a Honda motorcycle driven by Hines in a high-speed chase a...