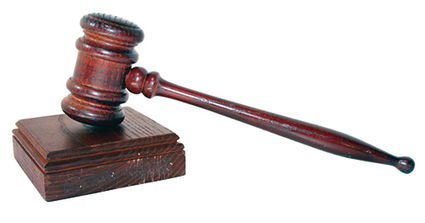 Stephanie L. Anderson, most recently of Coeur d'Alene, pleaded guilty to the gross misdemeanor offense of Possession of a Dangerous Weapon, brass knuckles. Anderson was sentenced to two days jail, and placed on transport to Latah Co. Idaho, where she was wanted on a 'No Bail' felony warrant.

Chris Rardin, of Pomeroy, pleaded guilty to misdemeanor Hit and Run Unattended Property and was fined $451.

Darion Hyland, most recently of Pomeroy, pleaded guilty to Indecent Liberties without forcible compulsion, a Class B Felony. Hyland was released from jail with conditions, in order to complete a Pre-Sentence Investigation through the Dept. Of Corrections before returning to court for sentencing in January.