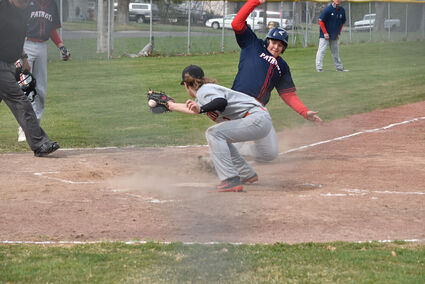 Pirate pitcher Brodie Magill turned lemons into lemonade when one of his offerings got past pitcher catcher Braden Mings, who hustled to the backstop and zipped the ball to Magill, who tagged the stealing Liberty Christian baserunner out at home. Pomeroy won 17-6 and 25-7.

RICHLAND–The Pirates launched into Spring Break with a bang!

The season resumes April 13 with a homestand against Gar-Pal.

"The Pirates brought their hitting clothes with them as they had 18 hits in the first game," observed Head Coach Dave Boyer.