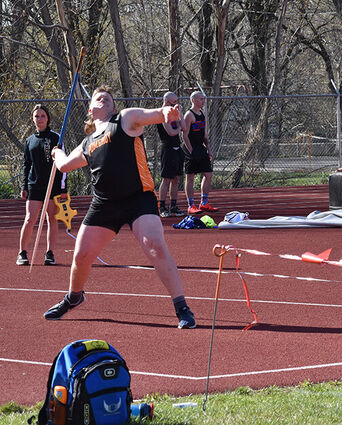 Helping the Pirate boys to a team win was Troy Steele, who finished first in javelin, discus and shot put, totaling 30 of the team's 113.5 points in the Pirate-hosted meet April 14. Here Steele launches the javelin, his first-place mark was 127-4.