Fiber to the Home ribbon cutting 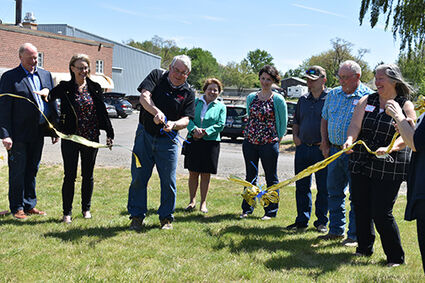 POMEROY–The Port of Garfield held a ribbon cutting on the Port office west lawn, officially signifying completion of "Fiber to the Home" rural broadband fiber optic project early this year in February, reaching the downtown and most city residents.

Port of Garfield Manager Diana Ruchert opened the ceremony by acknowledging key people in mapping out a plan to bring high-speed internet to the a...