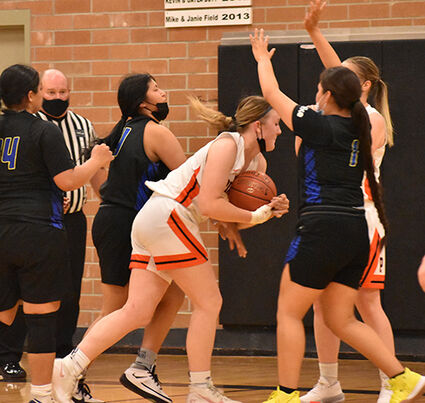 Swarmed by the Lady Eagles, Lady Pirate Keely Maves wrests the ball away from a would-be Yakama Nation rebounder in actin from Pomeroy's 61-50 loss.

WALLA WALLA–The Lady Pirates finished the season with a four-games-in-four-nights run, winning the final two games and finishing with a 3-5 record.