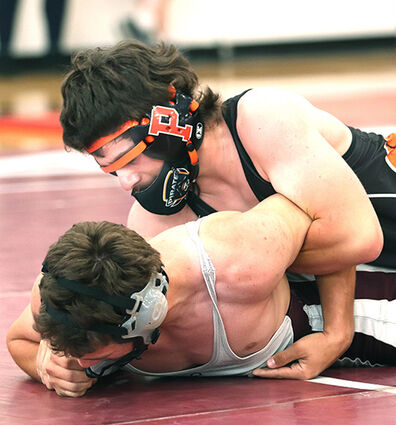 Both opponents of Walker Flynn were pinned by the Pirate wrestler at the league meet in Davenport June 3. He pinned 160-lb division opponent L. Hamilton of Reardan and A. Chilson, also of Reardan. -Submitted photo courtesy of Roger Harnack

DAVENPORT–Pirate grappler Walker Flynn won both of his wrestling matches and teammates Curtis Winona and Will Winona had mixed results at a league meet here Thursday, June 3.

Flynn pinned both of his opponents from Reardan in the league match that included wrestlers from Davenport, Reardan, Lind-Ritzville, Colfax, Liberty-Spangle and Garfield-Palouse.