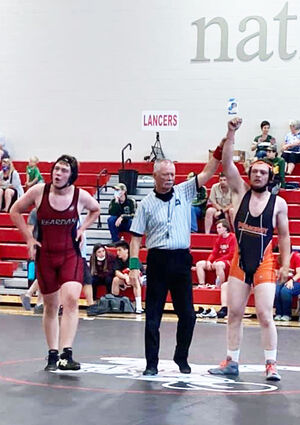 SPANGLE–The 2021 Wrestling Season was short and intense, with the four Pirate wrestlers competing in the regional match here Friday, June 18, going for broke and a medal.

Braedyn White, in the 182-lb. classification, and Will Winona, in the 195-lb. division, finished with medals following the approximately four-week season consisting of six meets, which culminated with regionals at Liberty Hi...