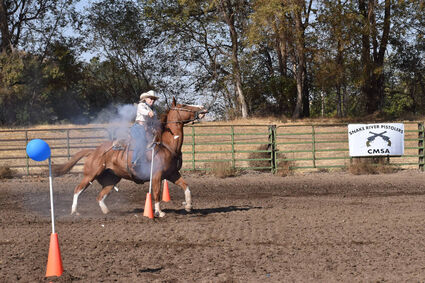 Colleen Winfrey takes aim to tick off the colored balloons along the course and was one of the 20 shooters attending the Snake River Pistolers Mounted Shooters event.

Twenty shooters ran through four stages of competition, each with a different pattern of target balloons. Tara Gokey of Ellensburg, Wash., was the winner.