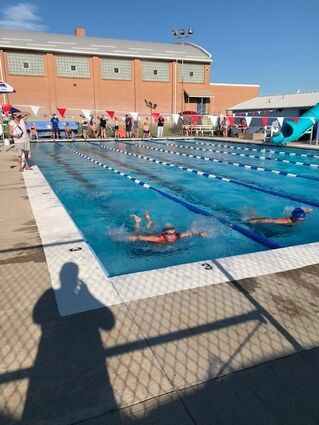 Contestants swim hard to place in first place against Colfax and GPOP after a slow start at last meet.

POMEROY–The Pirates Swim Team took first place at seasons second meet against Colfax, and Garfield-Palouse-Oakesdale-Plummer (GPOP) in Colfax on July 14, after placing second at the first meet in Endicott on July 12.

The Pirates scored 468 total points against the Colfax with 383, and GPOP swim teams 306 at the meet in Colfax Thursday, July 14. Pomeroy took first ranking i...