2022 General ballots to be mailed Friday 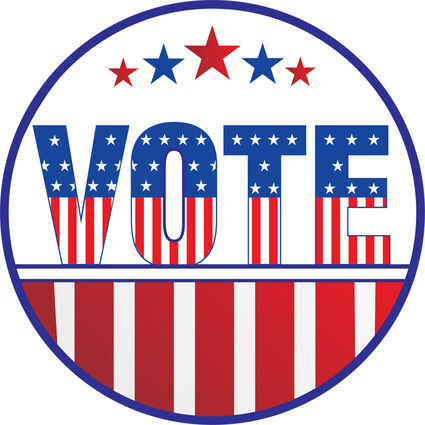 POMEROY–The 2022 General Election ballots are scheduled to be mailed by October 21, 2022, and voters will find them in their mail boxes by early next week.

Ballot packets will be mailed to you October 21, 2022, which is approximately 18 days before the November 8, 2022 General Election, containing an instruction sheet, the official ballot, a secrecy sleeve and a postage-paid return envelope. Mark your ballots completely filling in the box using black or blue ink pen. If you want to vote for a candidate not on the ballot, mark the box to the left of the dotted line and correctly write the name of your choice. If you make a mistake marking your ballot, draw a line through the incorrect choice and fully mark the box identifying your choice. Remember to sign and date your return envelope to make sure your ballot is counted. If you are unsure of what name is registered or other voting questions, contact the Elections Office at 509-843-1411.

Voters will mark their ballots for that County race and other County, State, Federal candidates and Proposition No. 1, a measure going before voters concerning funding for emergency communications systems and facilities.

Advisory Note No. 39 Engrossed Substitute senate Bill 5974: The legislature increased, without a vote of the people, the tax on aircraft fuel from 11 cents to 18 cents per gallon, costing $14 million in its first ten years, for government spending. The tax increase should be Repealed (?) or Maintained (?).

Advisory Vote No. 40 Engrossed Substitute House Bill 2076 The legislature imposed, without a vote of the people, premiums on "transportation network companies" to provide workers compensation to their driver, costing an indeterminate amount in its first ten years, for government spending. This tax increase should be Repealed (?) or Maintained (?).

For more information go to http://www.co.garfield.wa.us/auditor and click Register to Vote.