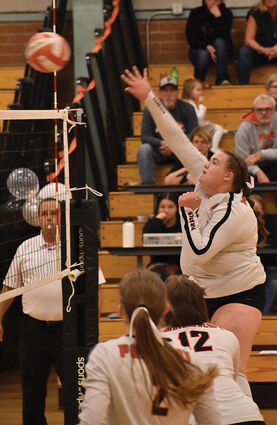 POMEROY––The Lady Pirates are in the playoffs after finishing the regular season with a three-set win over Garfield-Palouse at home on October 25, and has already played its first round in the playoffs.

Pomeroy Volleyball faced Prescott on its home court on Tuesday, November 1, in the first round of the District 9 1B tournament. Prescott was the number three team out of the Grape Division,...