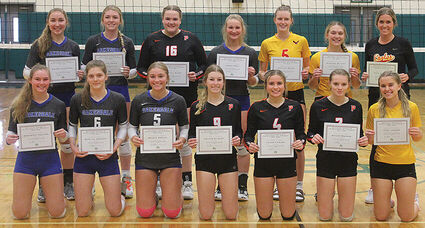 Dixon joined Player of the Year Gianna Anderson of the state-champion Oakesdale Lady Nighthawks, and two other Oakesdale player...