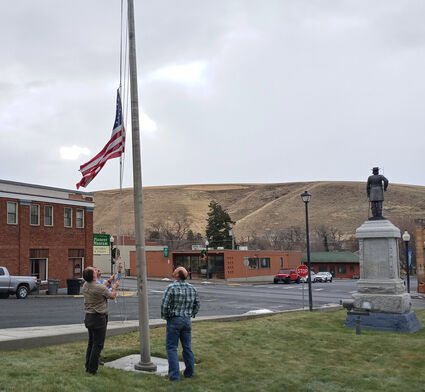 POMEROY–The Garfield County Board of Commissioners (BOCC) decided to lower the courthouse flag, passed a supplemental budget resolution, and signed a service agreement at their meeting on December 27.

The commissioners agreed to lower the courthouse flag in honor of the memory of John Henry, who served as Garfield County District Court Judge from 2009 until he resigned in 2017. Prior to servi...