Lacey Gingerich is Employee of the Month 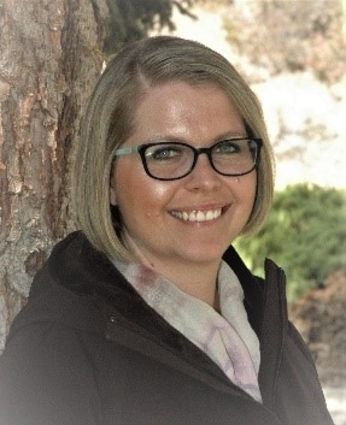 Gingerich was nominated by her co-workers for being an excellent employee. Her peers were quoted saying, "She goes above and beyond to help not only our patients with financial assistance but with her fellow employees."

Gingerich is originally from Buffalo, Wyo. She graduated in 2005 from Sheridan College and began working as a dispatcher for the local Sherriff's Department and the Fire Department in Buffalo. She met Kent Gingerich, a traveling welder at the time, whom she married in 2011 and moved to Pomeroy in 2013.

Gingerich's medical experience began while she was employed at the local dentist's office of L. Scott Smith, D.D.S. It was here she learned the aspects of medical billing while working part time and helping in the dentist office for three years.

In 2016, she moved into a full-time position at Garfield County Hospital District in the Billing Department processing Medicare, self-pay, and commercial billing accounts. In previous years, the Billing Department has been outsourced but as of June, 2019, the billing is now done in-house at the hospital, staffed by two medical billers, one medical coder, and a Business Office Manager.

When asked what she likes best about her job, she replied "I like the variety and the people-I am a people person." Lacey is a valuable employee and her skills are utilized greatly throughout the District. She can be seen in various offices in the hospital and clinic on any given day. She covers as a receptionist and admitter for the Pomeroy Medical Clinic as well as the front office at the hospital.

"She takes pride in her job and always has a smile on her face. "Lacey is also very generous with her time and has volunteered for several events through the Employee Advisory Council (EAC). Over the past three years, she has made countless contributions in preparing food for fundraisers, decorating, as well as lending a helping hand setting up and tearing down at these events.

Please join us in recognizing Lacey Gingerich for her dedication, work ethic and patient care to our staff and community. We invite you to stop by the hospital and thank her for being a shining example of an outstanding employee.

If you would like to recognize an employee for their hard work and dedication to our establishment, please stop by the Admitting Office and pick up a form to fill out and leave with the receptionist or the Health Unit Coordinator at the Nurses Station on the Swing Bed side of the hospital.