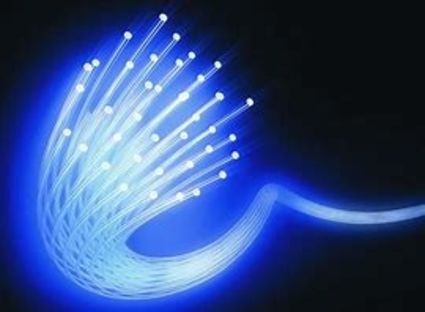 POMEROY–Bids and materials proposals were discussed by Port of Garfield Commissioners with a proposed construction start date of January, 2020, indicated.

Kara Riebold, Chief Operating Officer of the Port of Whitman County, met with the Port of Garfield Commissioners on October 15 to discuss bids received for fiber supplies, as well as the timeline to construct the Fiber to the Home (FTTH) Project, which will begin soon. Riebold has been working with the Port of Garfield to assist them in setting up the broadband system and managing the operation. The Port of Whitman has done the same for other counties, and has been operating their own broadband system for some time.

Two bids were received and opened at the regular commissioners meeting that night. Blue Mountain Telecommunications submitted a bid with a procurement of fiber supplies total of $310,260.41. Graybar Electric also submitted a bid with a total of $218,177.99 for the fiber supplies. Both suppliers estimated a 10 to 12 week delivery timeframe. Port of Garfield Director Diana Ruchert and Riebold will work together to examine the bids to check for accuracy and full compliance with the bid request. Once that is accomplished, the Port will select the bid that has the lowest total.

Riebold reported to the commissioners that she hopes to have the specifications to put out to bid for construction of the broadband fiber network for the FTTH Project by November 12, 2019, with a three-week window for bids. The projected start date for construction is the end of January, 2020, including a long window for completion, hoping to finish by mid-October, 2020.

Ruchert discussed with the commissioners a recent request from Grant Morgan, Garfield County Public Works Director, that the first phase of broadband construction include the fairgrounds and the Pataha Flour Mill. The grant that the Port is currently working under will cover the costs to extend the broadband fiber network as far as Gould City Road. Ruchert stated that the Port would need another grant to include the extension to the fairgrounds at this time, unless the County would agree to pay for the added expense, or the matching funds that would be required as part of another grant. Her concern is that the Port has its own expenses to meet and doesn't want to run the risk of being short of funds. She agreed to get an estimate for the extension to the fairgrounds, and apply for an additional grant, as well as talk to the County commissioners about committing to supply the matching funds.

In other business, Ruchert informed the commissioners that Columbia Pulp has extended its shut-down of the Pomeroy operations due to the continued work in preparing the Starbuck plant ready for opening.

The U.S. Forest Service (USFS) signed a new lease with the Port in September. Mike Ofenloch, a Mid-Manager with the USFS performed an inspection of the building to assure the lease requirements were being met, and found a few small issues. The Port has not yet received the report.

The Garfield County Weed Board received a complaint that Ravena grass was found on Port property. A representative of the weed board came to look at the suspect weeds and found them to be Pompous grass, which are not considered a problem.

Pacific Power and Light Co. has notified the Port that they want to change the road lights at the Port property to LED lights. The cost to the Port will be about $2,500, but the change is estimated to save at least that much money over the next five years. Also, the replacement bulbs for the current lighting are getting very hard to locate. The commissioners approved paying for the switch to LED bulbs. They also approved replacing the parking lot lights at the USFS building as well, as long as the cost is less than $850.

Future meeting dates were set for November to include preliminary budget discussions and bid requests for construction of the FTTH Project on November 12, 2019, and a regular meeting of the Port Commissioners to be held November 19, 2019. The official budget hearing will be held on December 3, 2019. All meetings will be held at the Port of Garfield offices at 141 West High Drive, Pomeroy, at 6:30 p.m.