POMEROY–Lady Pirate Maddy Dixon, a 6-0 senior middle blocker for the Pomeroy volleyball team, was selected as Player of the Year in the 1B Southeast District 9 coaches' poll. Dixon and four other league-champion Lady Pirate teammates were named to the All-League list. 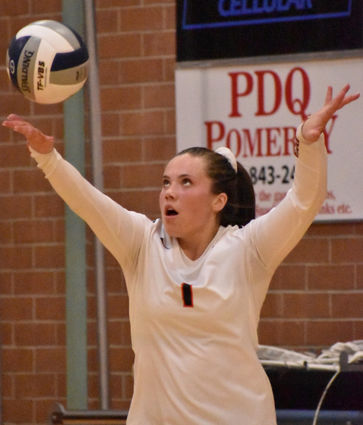 Mim Jaggar of Touchet was named Coach of the Year.