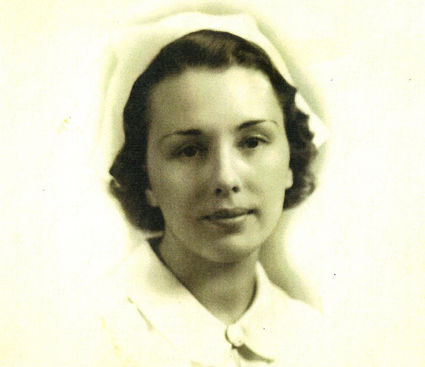 Vina was born in Beeler, Idaho to Leslie and Ruth (Elliott) Sevdy on November 29, 1915. Her father and mother were descended from pioneers and homesteaders who emigrated to Kootenai and Whitman counties from New Jersey, Pennsylvania and Iowa.

When Vina was two years old, the family moved to Pullman, Wash., and bought 80 acres, which evolved into the Sevdy's Modern Mobile Court in the 1950s.

Vina graduated from Pullman High School and then St. Ignatius Nursing School in Colfax in 1938 as a Registered Nurse. She married Fredric T. Ward, a student at Washington State College in 1939 and settled in Ward's hometown of Pomeroy, Wash.

In 1959 the family moved to Spokane. Fred continued his contracting business, and Vina worked as a nurse at Sacred Heart Hospital and later as a private duty nurse, then retired in the 1980s. They lived on East Indiana Avenue until 2000 when they moved to North Pointe Assisted Living. Fred passed away on July 22, 2002, and Vina lived there until December 2019 when she moved to Royal Park. Vina was a devout Catholic who loved God and her family above all else.

The funeral is pending. Refer to the Hennessy website for the dates of the services. http://www.hennesseyfuneralhomes.com