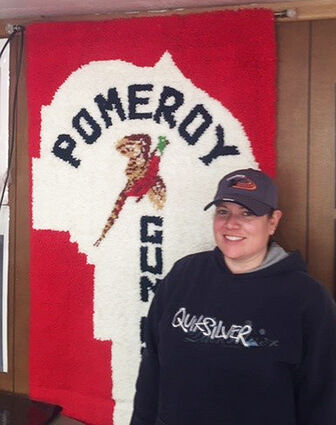 This year's Class B Singles winner of the Pomeroy Gun Club's 10-week shoot is Tracy Hanger of Dayton. She also won the Lady I Handicap Champion Trophy at the Camas Prairie Shoot in Walla Walla and she Shot Off for Lady I High Overall and finished as the Runner up.

POMEROY–Pomeroy Gun Club members held its annual awards and fun day at the Club on Sunday, March 28. The Club also had their annual meeting and Election of Officers.