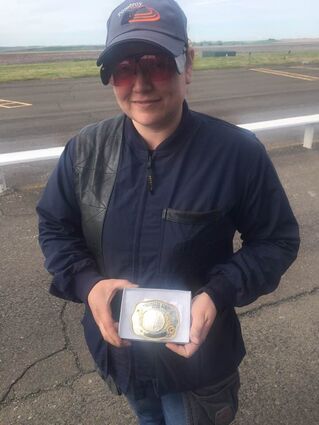 Tracy Hanger receives the coveted WSTA Belt Buckle at the Washington State Shoot in Walla Walla. She also took the Lady I Trophy in doubles; Lady I Hardware award, high Lady I Shooter, and the Handicap Champion.